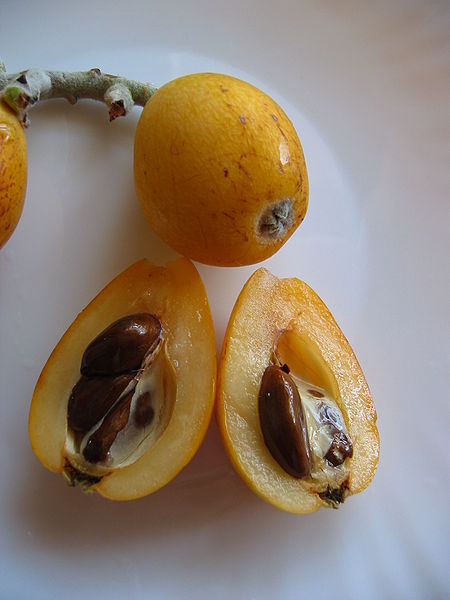 I have just been notified that I have won second prize in this year’s Literary Loquat Festival for my poem, “Loquats in Vienna”! The literary festival is part of the larger Florida Loquat Festival, which you can read about here. In addition to being read at the festival, my poem will be published in the chapbook, Leaves of Loquat IV, this fall. Many thanks to Ryan Cheng, who is in charge of the contest and chapbook, for his work.

The call for submissions for this festival asked for poems in which the loquat was a central image. This spoke to me because, although my sole encounter with the loquat was at a restaurant, Steirereck, in Vienna’s Stadtpark, and although the loquat was merely one small part of my husband’s dessert, the meal was unforgettable, and so was the trip.  So I researched loquats and used them as a central metaphor for us and our relationship in Vienna.

It will be hectic getting to the festival and back between violin lessons and my Palm Sunday gig, but I am looking forward to reading the poem there and will let you know how it went. If you are in the Port Richey, Florida, area on March 24th, please stop by, experience loquats, and say hello.

4 thoughts on “Second Prize in the Loquat Literary Festival Contest!”