When I was about a year and a half old, my family crossed the Atlantic on a freighter. I was struck that, although I had no memory of the trip, some memories came back to me in a dream when I was seven, after I had been looking at pictures of us on the boat. This fragmentary tie back to a time that was already lost in many ways moved me to write about it for a contest that called for 200 words on the theme of separation.

I did not win the contest, but I have now placed the piece in Rum Punch. At the moment, the editors and I are deciding how to change its name, but I’m sure we’ll have one soon. I’ll announce and post a link when it comes out.

Some time ago, I posted that my poem, “Out in the Code,” had been accepted by Malevolent Soap. This turned out to be not exactly true. Owing to not checking what might have been attached to the document in earlier submissions, I had submitted four poems: “Out in the Code,” “My parents’ books will be the death of me,” and two can poems, the Pet Pride cat food and the Starkist Tuna ones. Unexpectedly, mamo, the kind editor of Malevolent Soap, perceived a single brilliant, or at least acceptable, poem in this random combination. And fortunately he was gracious enough to work with me as I combined previously printed material with “Out in the Code” to produce a new poem, “Erosion.”

In the meantime, I shall be enjoying my fat advance copy, which contains intriguing work by fellow poets from all over the world.

Cheetolini, showing his early love of uniforms (but not service) and signature comb-over hairstyle.

My poem about the aftermath of last year’s tainted “election” has been accepted and published in one fell swoop by Literary Yard. You can find it here. Literary Yard has recently been “ranked among the top 100 best Literary [sic] blogs on the planet” by Feedspot.com.

This is not my favorite poem I have ever written. I think it is too literal. But my husband really likes it, so maybe I am wrong. Anyway, I couldn’t think of a way of changing it because, as he says, it conveys how I felt and what it was like right afterwards–hence the title, “How things are now.” As usual, I invite you to read it and let me know what you think.

My autobiographical essay, Audit, 2016, is up in Wiki Lit, which I wrote about here when the essay was accepted. The piece is a meditation on my life, what it means and what it amounts to, using questions on the income tax form as prompts. I like it because it seems to wander, but in the end concisely articulates who I am. Besides being a good way to get to know me better in a hurry, it is also a fun reinterpretation of tax terms and something of a commentary on their limitations.

I hope you will read it and let me know what you think. 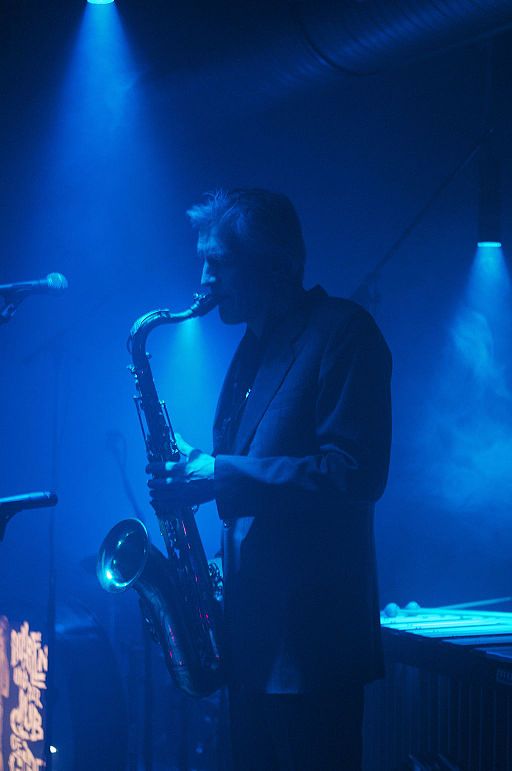 My story, “Improv,” is up on the Jerry Jazz Musician site, here. Please check it out!

As always, once I saw my work in print, I realized that it was perfect in every way, and all my earlier doubts were ridiculous. For one thing, it had been a while since I read it, and now I see that although there is a little rough sex, the most detailed romantic description is sweet and tender, but not too overpowering, since it’s a wistful fantasy.  Speaking seriously, of course I don’t consider anything I’ve written “perfect,” but I was satisfied, and editor Joseph Maita has provided a nice picture of a jazz lounge to go with it.

In the story, a young woman who has broken out of her humdrum life and love affair experiments with new musical and romantic possibilities, but it turns out she is not the only one willing to push boundaries. So check it out, and enjoy, and also check out the other jazz-themed stories, poems, and articles on the site, which is lively and informative throughout.

My first creative nonfiction piece, “Audit, 2016,” has been accepted for publication by Wiki Lit, A Living Anthology!  Wiki Lit is a brand new project that aims to link pieces it publishes with in-text hyperlinks. Since the project is so new, I can only say that I am excited to see what the editors come up with and flattered to be a part of it. I am also glad that two young and no doubt hip MFA grads from Columbia College in Chicago thought highly enough of the autobiographical meditation I produced and shaped using terms from the U. S. income tax form to hyperlink it to other works I can’t wait to read.

Some years ago I attended an improv jazz concert at the Jule Collins Smith Museum in Auburn, Alabama. The performance was part of the museum’s “A Little Lunch Music” recital series. The group  were highly skilled and professional, but improv jazz is often thought of as more akin to Western contemporary art music–the experimental, post-classical tradition–than to “real” jazz. The effect of these influences in the group’s efforts proved too much for several of the fans of more traditional music, and I was somewhat embarrassed to see them trickling out whenever the performance got raucous. This also made me think about rules in music and elsewhere, and the unspoken contracts between musicians and their audiences.

In the end, I wrote a story, “Improv,” about a young clarinetist who is improvising in her life when she becomes entangled with a visiting improv jazz group. This story proved to be difficult to place and has been hanging around here and there for a long time. So long that I started to wonder what was wrong with it.

Did they object to the sex? I haven’t seen a lot of sex in the more fashionable tales I’ve read lately. Are all those hipster editors out there secretly prudish? Or perhaps we’ve advanced so far beyond prudery that the details of sex are considered literarily boring. But maybe it was the hints of romance genre they objected to, or the fact that the sex was rough, though consensual.

Or worse, I thought, descending further in my paranoid spiral, perhaps they thought the story was racist. Partly because I was not fully aware of the European roots of improv jazz when I wrote the story, and partly because it seemed to me racist not to have musicians of color in my portrayal of a  professional jazz group, I made two members of the group African American. Then I made my white protagonist have romantic fantasies about one of them.

I decided not to change this because, as far as the improv jazz group is concerned, even though the ensemble I saw was all white, it seems perfectly possible that there might be some traditional African American jazz musicians who wouldn’t mind picking up an improv gig, and I like the inclusivity and cross-fertilization inherent in this possibility. As far as the romance goes, although my protagonist is naively romanticizing the exotic (to her) other, I’m just describing a phenomenon that occurs, like the rough sex. So I left it.

I also wondered, at times, whether editors felt I spent too much time describing music, but that was crucial to the story’s examination of freedom. When I learned through a newsletter of the Jerry Jazz Musician contest, which is free to enter, by the way, I thought, “Well, at least they’ll appreciate my descriptions of the jazz.”

And they did! While I do not normally enjoy communications that begin, “It is with regret that I write to inform you . . . ,” the news that although I had not won, I was a finalist in the contest and they wanted to publish my work (sometime this month, the editor informs me) was highly consoling.

So I look forward to the story’s appearance in print, and in the meantime I shall enjoy reading the winner’s story and other articles in Jerry Jazz Musician.